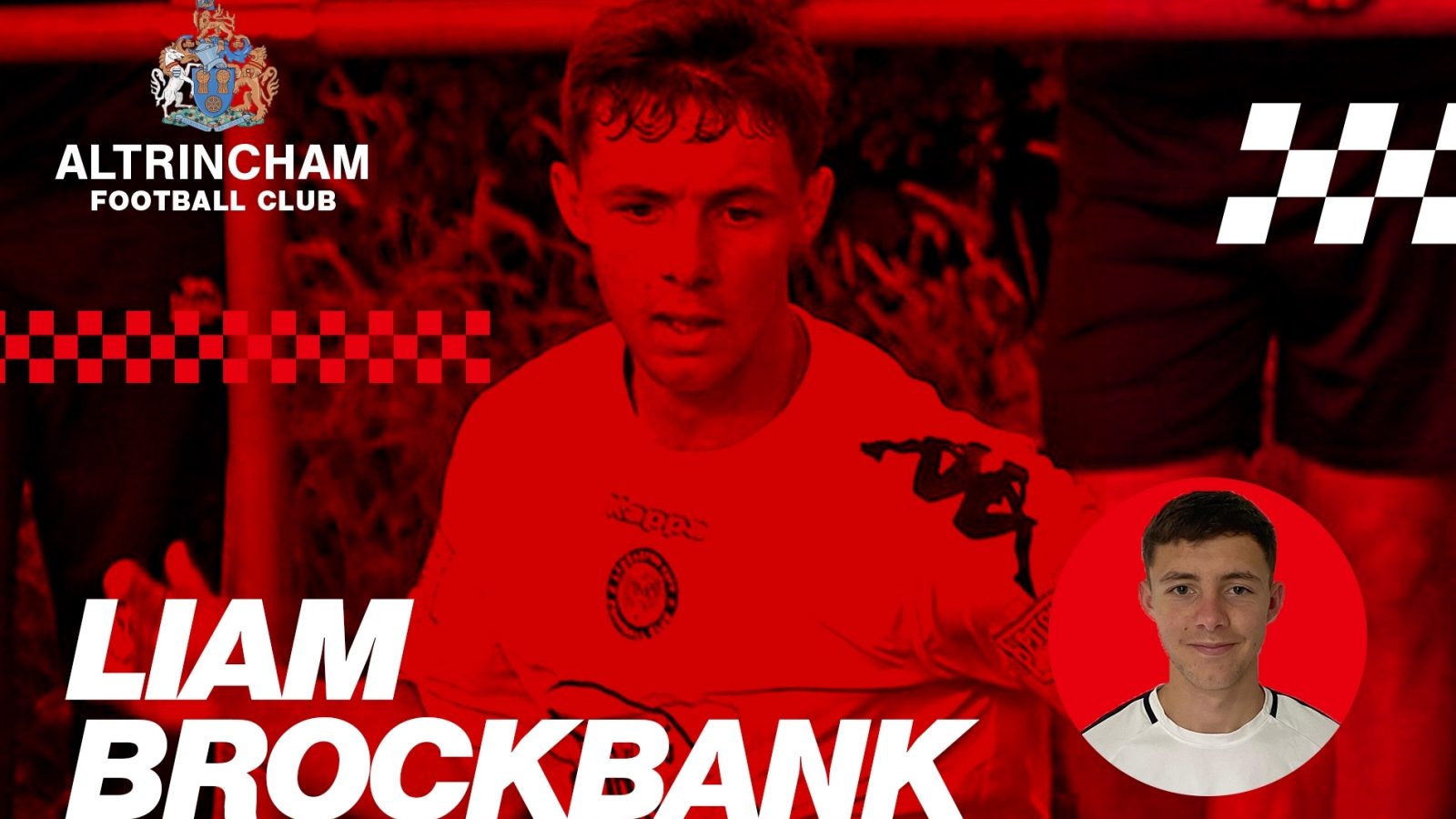 Phil Parkinson believes he has unearthed a hidden gem after recruiting exciting attacking full-back Liam Brockbank and increasing the emphasis on young up-and-coming talent in his new-look Altrincham squad.

Brockbank has had an outstanding season with Lancaster City and was hailed as ‘one of the hottest prospects’ around by Parkinson after the Alty boss pulled off a move that is subject to FA and National League approval.

Only just out of his teens when he joined Lancaster last summer, the gifted left-back made such an impact for the Pitching In Northern Premier League Premier Division side that he walked away with two player-of-the-year accolades at the recent end-of-season awards ceremony and convinced the Alty manager he was a must for the Robins’ new era of full-time professional football.

As he reflected on another significant breakthrough in his plans to build the best possible squad for the 2022-23 campaign, Phil said:

‘Liam Brockbank is one of the hottest prospects coming out of the Northern Premier League. He’s developed a big reputation for himself as goal-scoring and creating left-back.

‘I first scouted Liam playing in a very good footballing side at Workington and then monitored his progress at Lancaster City, where he picked up supporters’ player of the season this time around.

‘He’s a futsal International, so you should definitely see this in his technical side of the game and tenacity in which he plays.’

The 21-year old started out at Carlisle United at the age of eight and helped their youth team win the Cumberland Cup nine years later in his second season as an apprentice.

He moved to Workington AFC at the end of that season and soon came to the attention of Lancaster boss Mark Fell, who noted his rapid development during two years at Borough Park and expressed his relief at finally signing him last July.

Speaking at the time, Fell said: ‘Liam is an exceptional young footballer. I watched him twice for Workington last season, and he was the best player on the pitch by a country mile each time. He will give us a good left-sided balance.’

A warm welcome to The J.Davidson Stadium, Liam, and best wishes from everyone at the club for a successful and rewarding time in Alty colours.