Vai al contenuto
Carrello
In lettura: Full steam ahead! Join us on the Isle of Man ferry for another great weekend away
PrecedenteSuccessivo 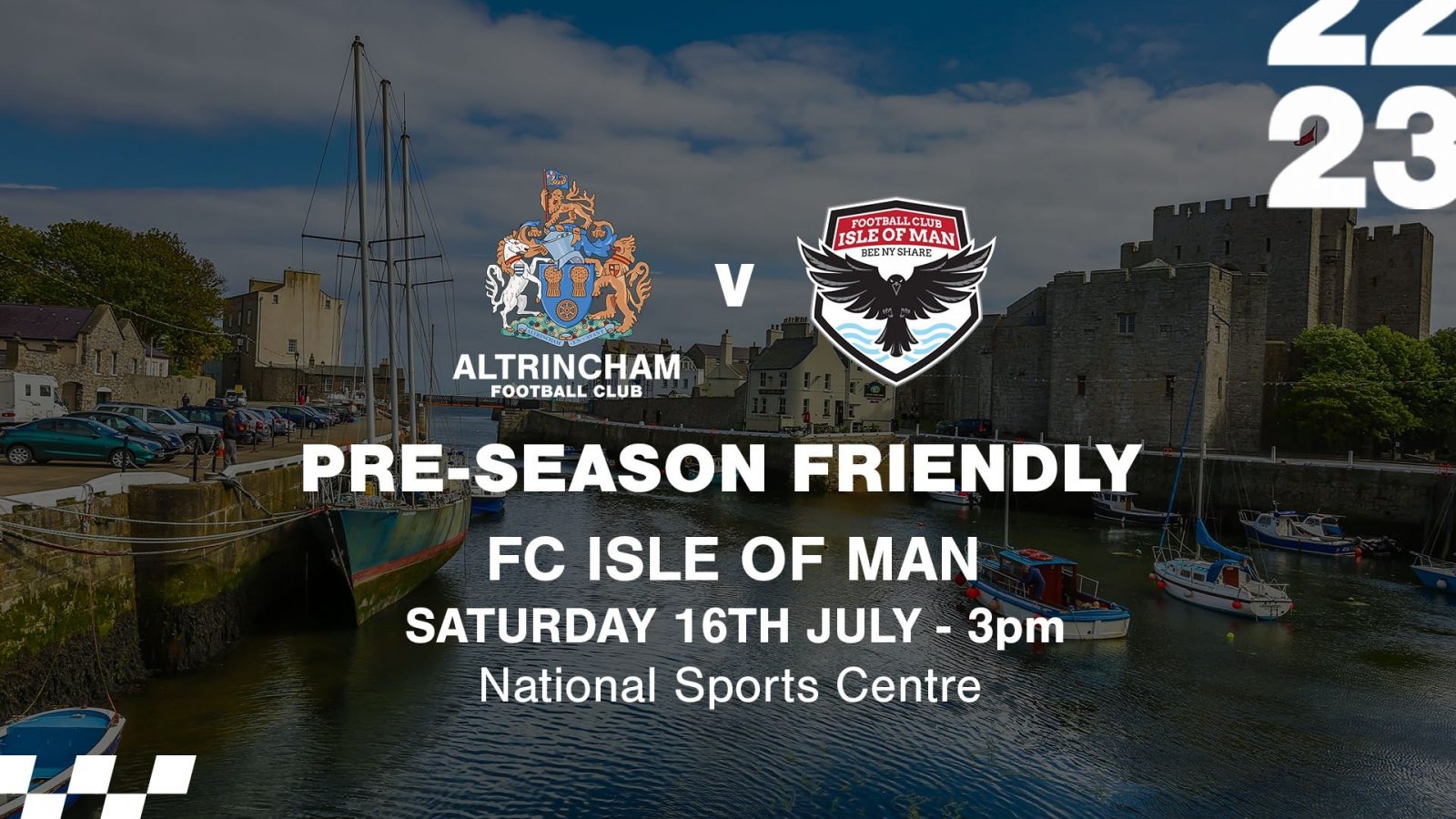 Altrincham are delighted to announce another must date for Robins fans’ diaries after it was confirmed that the club will once more visit the Isle of Man for a pre-season friendly.

The team’s last short trip across the Irish Sea four years ago was a resounding success, with scores of Alty supporters enjoying the warmest of welcomes from our hosts, an entertaining game against the island’s representative team and some convivial local hospitality.

Fancy doing it all over again? Thanks to the endeavours of Isle of Man resident and Alty Co-Chairman Lawrence Looney, everything is now in place for what promises to be another memorable experience for fans and an invaluable warm-up exercise and bonding session for a new-look fully-professional Robins squad.

The match itself is on Saturday, July 16th, kicking off at 3pm at the National Sports Centre in Douglas, with the squad setting off from Liverpool on the 11.15am ferry on Friday the 15th and returning on the 17th on the 3pm sailing.

Though Alty romped to a 6-0 win, with a Jordan Hulme hat-trick, in July 2018, they seem sure to face a tougher test on their return to the island after the home team’s recent promotion from the North West Counties League First Division South.

They reeled off six straight wins to finish second behind West Didsbury & Chorlton, and Alty boss Phil Parkinson acknowledged the strides they have made since the sides last met by saying:

‘Going to the Isle of Man means a lot to us. Our Co-Chairman is a resident there, and from a staff and player point of view, it allows us to give him something back. He represents us so well, and we want to show his people why he spends so much time over here with us.

‘It’s also a great chance to dedicate a few days away as a group, as well as playing a really competitive game against an ever-improving Isle of Man team. We loved our last trip and can’t wait to go back again.’

The club are anticipating a similar level of enthusiasm from Robins fans, after the last trip proved so popular, and have provided the following links for those wishing to enquire about travel details and accommodation on the island.

Alty’s travel partners Black Opal Travel Group, based on Ashley Road in Hale, have travel packages available and can be contacted by calling 03300 414888 or clicking on www.blackopal.uk.com

In addition, hotel and boat packages can be booked through Steam Packet Holidays on 01624 645777 or info@steampacketholidays.com