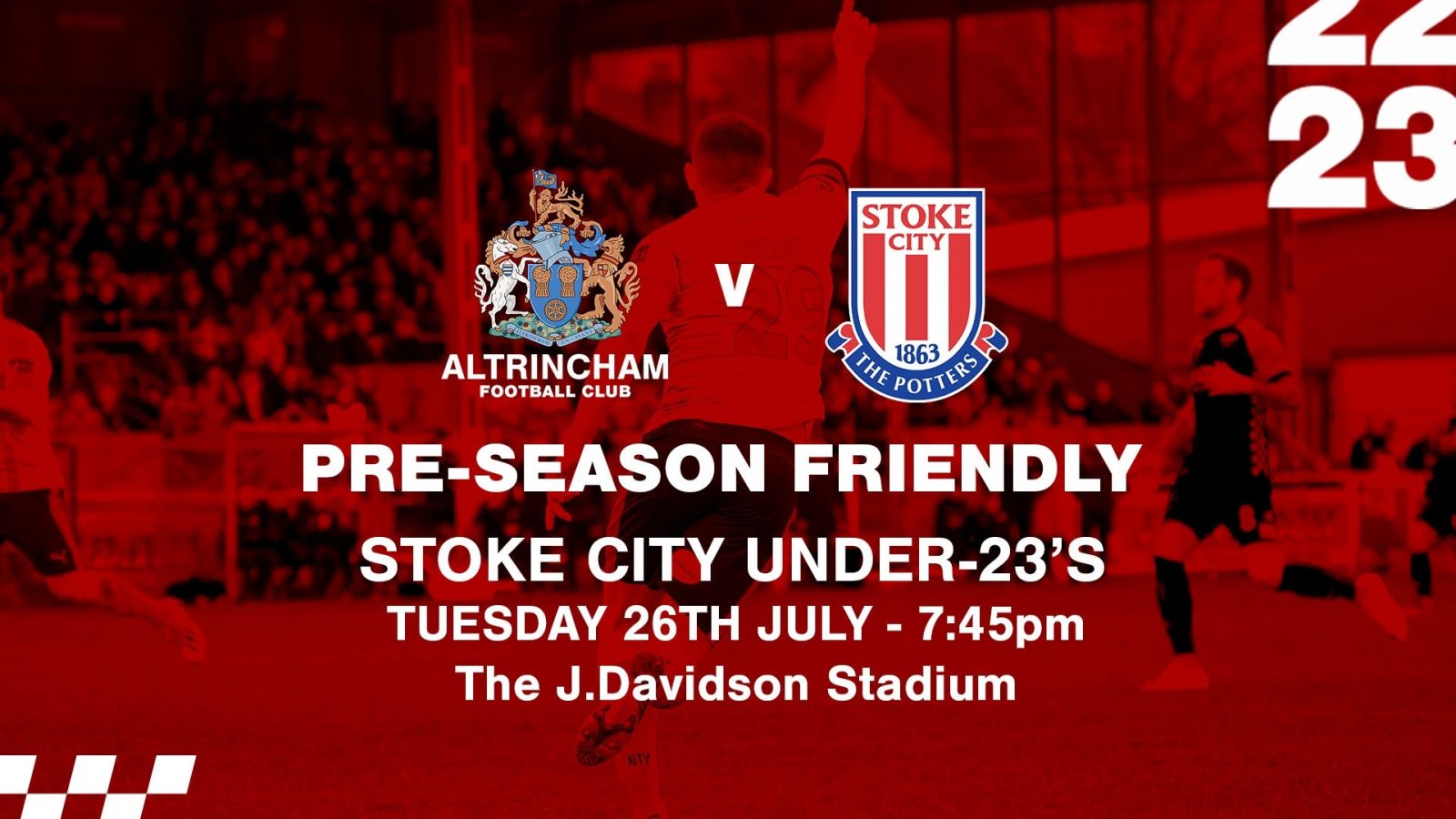 Altrincham have added another attractive fixture to their pre-season programme after agreeing a date for Stoke City’s under-23 team to visit The J.Davidson Stadium.

Fresh from narrowly missing out on promotion to youth football’s top division, Stoke’s up-and-coming youngsters will be keen to go one better this coming season and will provide a thorough test for a new-look Alty squad.

It promises to be another intriguing home fixture for the Robins, with the date now confirmed as Tuesday July 26th, at The J.Davidson Stadium, kicking off at 7.45pm.

Coached by former Stoke, Burnley and Wrexham striker Kevin Russell, the Potters’ under-23s reached the play-off final for promotion to the top flight of Premier League 2 after beating Nottingham Forest in the semis with late goals from Jack Griffiths and Will Goodwin in a 2-0 victory.

They were edged out in the final against Wolves at Molineux, but Russell was full of praise for his side, describing them as ‘a really good footballing team’ after they reached the play-offs for the second successive season.

Just to recap, Alty launch their warm-up campaign, ahead of the 2022-23 season, with a double-header on Saturday July 9th, away to West Didsbury & Chorlton at midday and Wythenshawe Town at 3.30pm.

The traditional Shawe View encounter with Trafford FC takes place on Tuesday July 12th at 7.45pm and is followed by an eagerly-anticipated trip to Douglas to face the Isle of Man on Saturday July 16th at 3pm.

Alty are on the road again on Tuesday July 19th, making the short journey to Curzon Ashton for a 7.45pm kick-off, before hosting Stockport County on the 23rd and Stoke under-23s three days later on the 26th.

With the new Vanarama National League campaign due to start on Saturday August 6th, Alty are hoping to arrange one more pre-season friendly for Saturday July 30th. Details will be announced as soon as we have them.