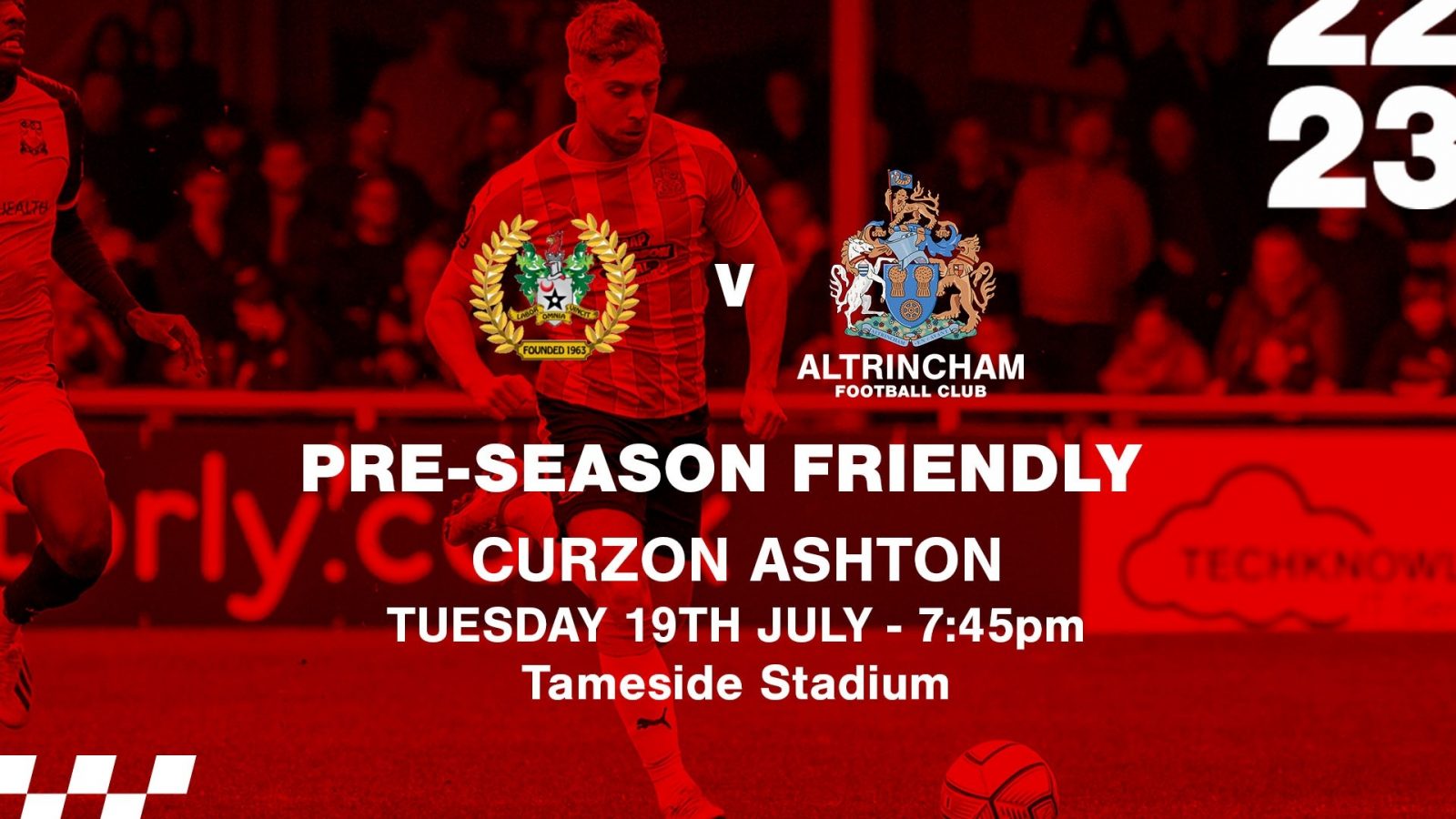 Phil Parkinson's plans for the 2022-23 campaign are continuing to take shape after it was confirmed that Altrincham will face Curzon Ashton in a pre-season friendly at the Tameside Stadium on Tuesday, July 19th.

The third warm-up game of Alty's pre-season programme has now been agreed between the clubs, and it promises to be a nostalgic occasion for Robins fans, given the number of familiar faces in the home team's ranks.

Tom Peers, such a significant contributor to the successful era under Parkinson, moved to Curzon in February to join a squad already containing Craig Mahon and Craig Hobson, and the Alty connection was extended still further earlier this week when Connor Hampson completed a move to the Tameside Stadium.

Everyone at Alty looks forward to renewing acquaintances in a game that kicks off at 7.45pm and completes a trio of away friendlies, with the Robins visiting Trafford FC on Tuesday, July 12th and the Isle of Man on Saturday, July 16th before making the short journey to Curzon and then hosting Stockport County on Saturday, July 23rd.

Watch out for further pre-season details, as we have them, here on the club's website and on our social media channels.