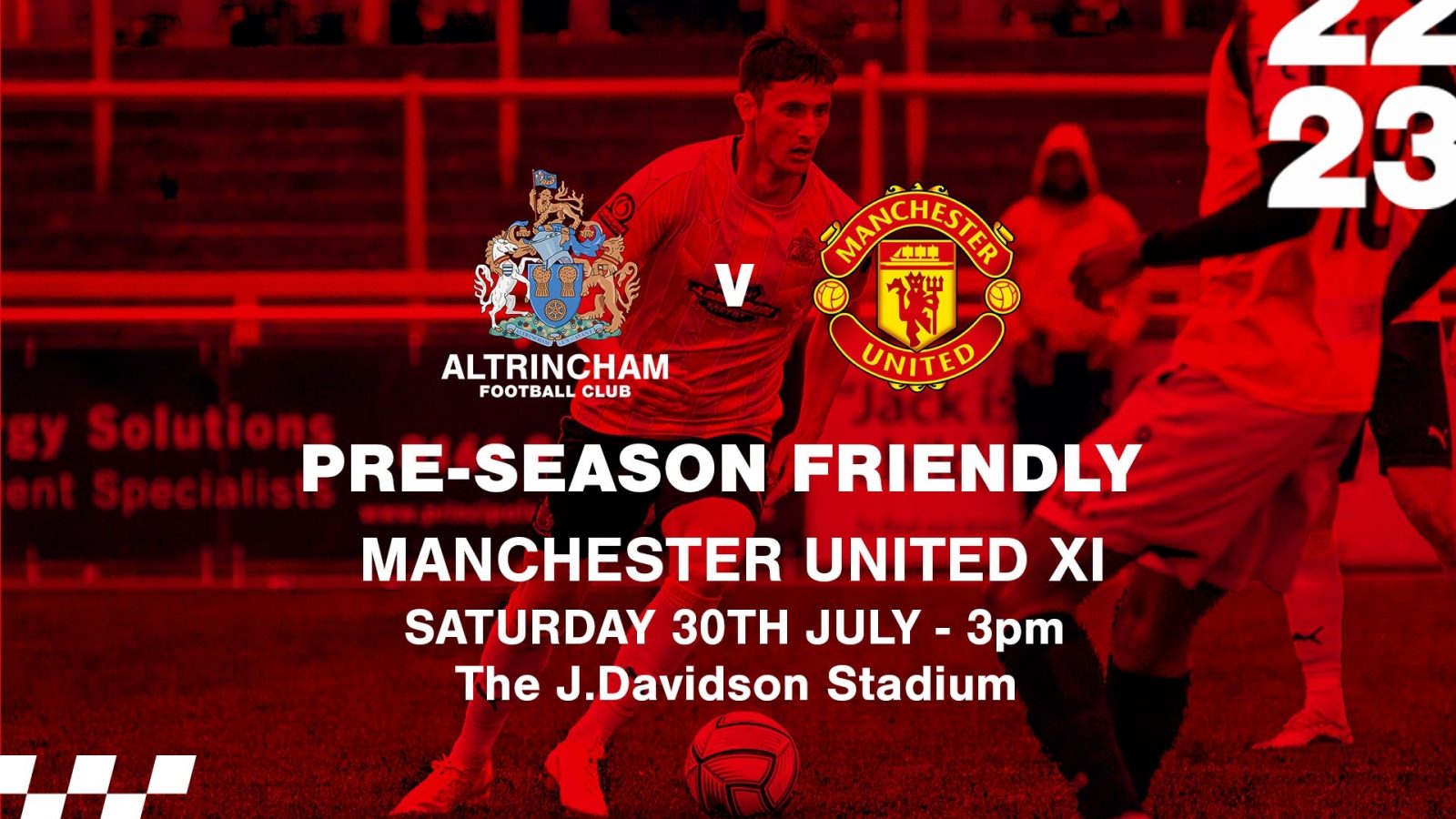 Altrincham are rounding off their programme of pre-season games in style after securing a home fixture with a Manchester United Xl at the end of next month.

Now the club can confirm that the curtain will come down on preparations for the 2022-23 season with an eagerly-anticipated 3pm kick-off against a United Xl at The J.Davidson Stadium on Saturday July 30th.

Seven days after that, all eyes will be on the launch of another Vanarama National League campaign, Alty’s third since winning promotion from the North division with an unforgettable run of play-off wins against Chester, York City and Boston United.

It is the most momentous season in the club’s long, illustrious history, their first-ever as a full-time outfit after the board’s bold decision to take courage in both hands and join the professional ranks.

Preparation is key, more so than ever, and Alty’s is looking suitably thorough and well thought-out after the final piece of the jigsaw was slotted into place.

After a series of away games in the early weeks of July, Phil Parkinson’s squad can expect to be put through their paces by National League champions Stockport, Stoke’s highly-regarded crop of youngsters and a United Xl who will make the short trip to The J.Davidson Stadium eager to make a favourable impression on the new regime at Old Trafford.

Admission prices for the United fixture are:

It promises to be an intriguing build-up to the big National League kick-off on Saturday August 6th, and with the final game now confirmed, here is a reminder of the pre-season programme in full: