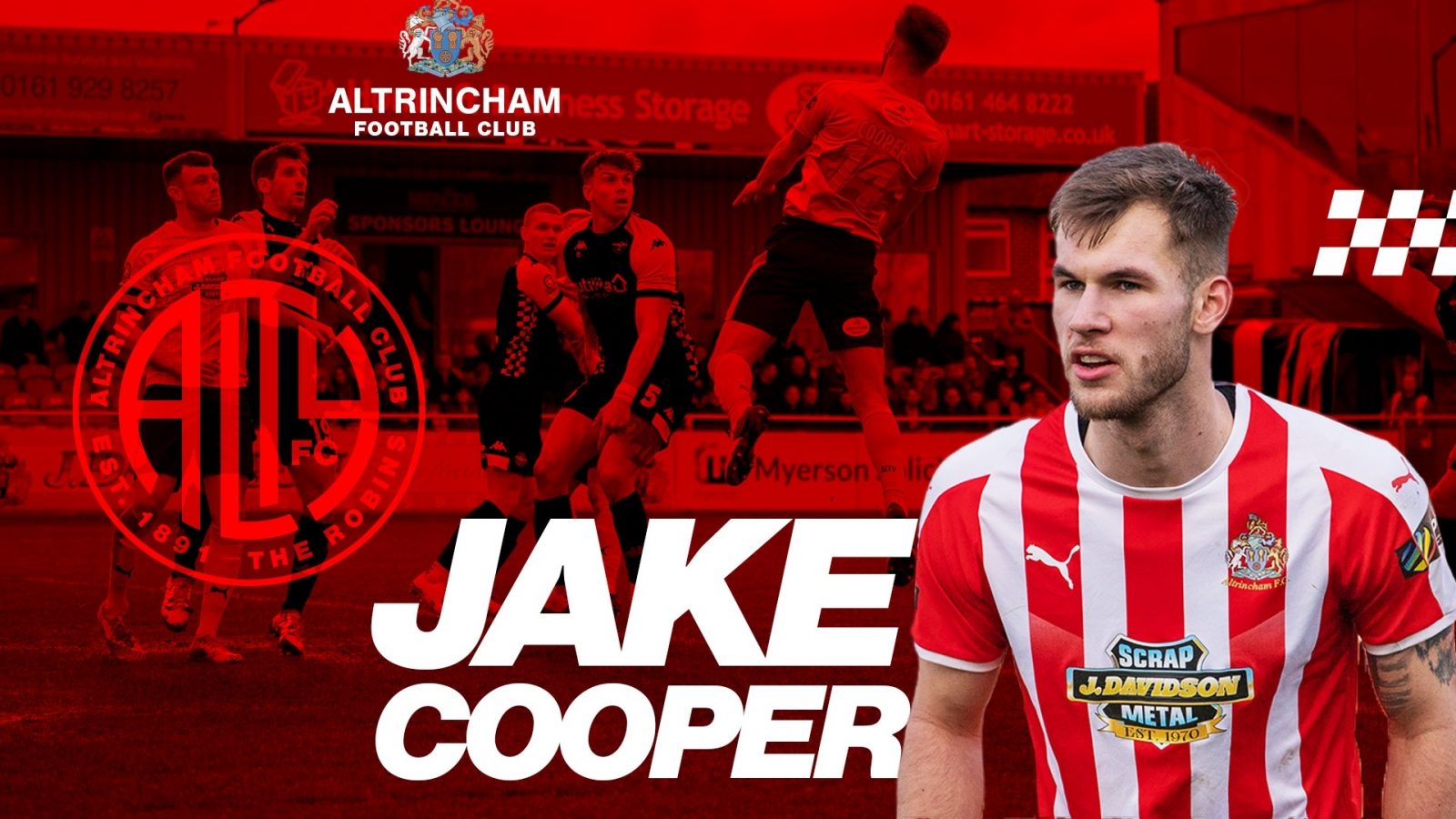 Altrincham have increased their defensive options for next season by signing centre-back Jake Cooper from Rotherham United.

Alty boss Phil Parkinson brought the commanding 21-year old centre-back to The J.Davidson Stadium on loan at the beginning of February and was increasingly impressed with his form as the Robins made a strong finish to their Vanarama National League campaign.

Slotting seamlessly into the back four alongside Toby Mullarkey, Cooper made 12 appearances, including 11 starts, and underlined his threat in the opposition area with a goal in th 5-0 win over Weymouth on March 8th.

Rock solid at the back and comfortable bringing the ball forward, he proved himself a valuable addition to the defensive ranks, and Phil was delighted to make the move permanent when the opportunity presented itself.

"Coops is one of the brightest up-and-coming prospects we came across last season,” said the Alty manager. “The experience he has at 21 years old makes him a valuable player to us in this model. He’s proven at this level and has so much potential, he’ll thrive in the full-time environment and grow into an established first team player at the National League level.”

Great to welcome you as a fully-fledged Altrincham player, Jake, and everyone at the club wishes you all the best for a happy and successful stay at The J.Davidson Stadium.