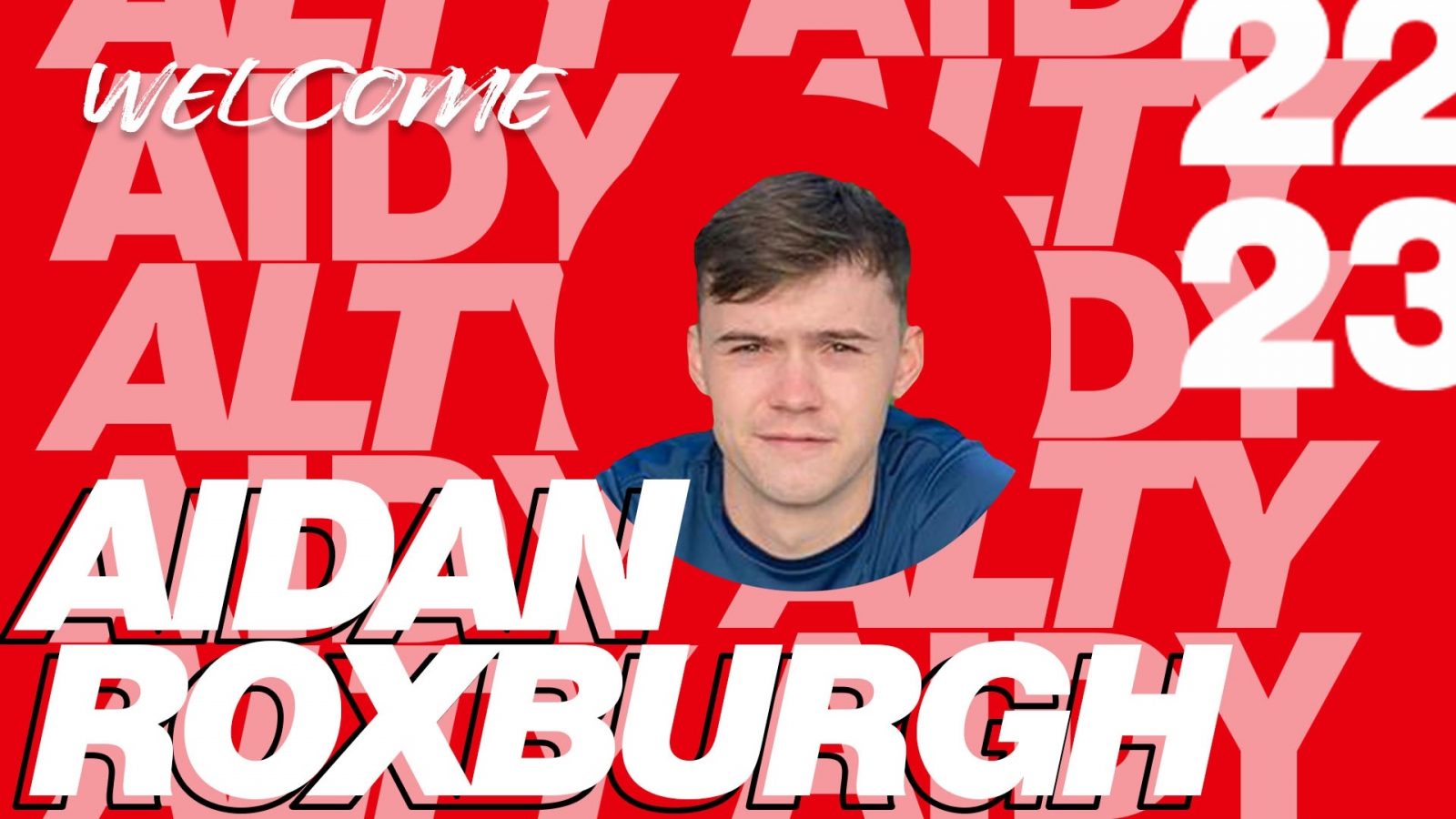 Altrincham have snapped up one of the region's brightest young prospects after agreeing a deal for full-back Aidan Roxburgh from neighbours Trafford FC.

The versatile defender's dynamic style increasingly caught the eye of Phil Parkinson last season, and the Alty manager was delighted to push through a move that is subject to FA and National League approval.

After adding the all-action, attacking full-back to a squad that is rapidly taking shape, ahead of next season's transition to full-time status, Phil commented:

'Aidan is a little diamond we’ve discovered through our excellent links with Trafford Football Club, through the coaching and mentoring of Danny Caldecott, who has specialised in finding and developing young talent.

'We’ve monitored his progress this season closely, and we feel, under the new model, he could blossom and take his game to the next level. He’s a late developer, but that doesn’t mean he won’t be a big player for us this coming season or even the following one.'

After making his mark with the likes of the Holywell Town and Runcorn Town, Aidan, known as Aidy, really came into his own at Shawe View as an aggressive, attacking full-back with an eye for goal.

Comfortable on either flank, he favours right-back but can also operate on the left without losing any of the attacking threat that brought him to Alty's attention and is showcased on a video that is featured on social media.

Under a collection of clips on Twitter, Trafford boss Caldecott posted a tweet that read: 'Only one way this young man is going (followed by an arrow pointing upwards). Absolute pleasure to work with and is a brilliant example to any player trying to find their way in the game. Don't stop now, mate!'

There's little chance of that after Aidy agreed a move to The J.Davidson Stadium and prepared to launch an exciting new phase in his career under a management team of Phil and Neil Sorvel that is renowned for getting the best out of up-and-coming young players.

Welcome to the club, Aidy, and here's hoping you continue to thrive in the new era of full-time professional football at Altrincham FC.