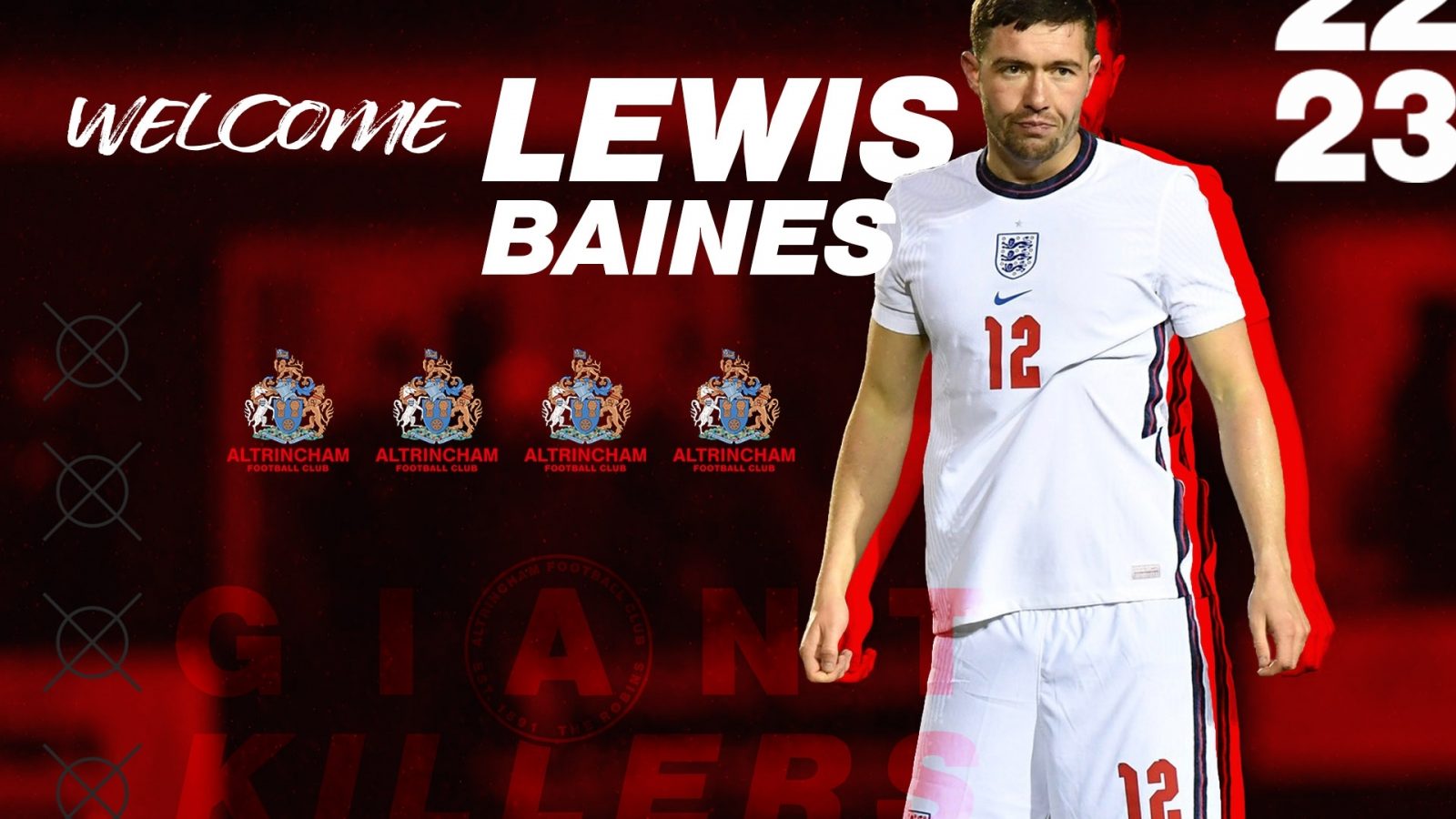 Phil Parkinson has added strength and versatility to his defensive options for next season after landing Chorley’s player of the year Lewis Baines for an undisclosed fee.

The 23-year old England C defender can operate in the centre of defence or at left-back and joins an Altrincham squad that is rapidly taking shape after agreeing a move that is subject to FA and National League approval.

Hot on the heels of highly-impressive midfielder Josh Lundstram pledging his future to Alty, this is another significant breakthrough for Robins boss Parkinson, as he continues to shape a squad to tackle the challenge of full-time football next season.

‘Lewis is a defender we have monitored since his time at Fleetwood Town,’ he said. ‘The left footer will give us balance in the back four, as well as experience that a seasoned 23-year old brings.

‘He’s also versatile, as he can play left-back equally as well as centre-back. He is similar to Toby Mullarkey, comfortable on the ball and physically strong. He won the players' player of the season award at Chorley this time, and he’s turned down much bigger paydays to play for us - another player showing great desire to play for Altrincham. That's exactly what we are looking for - young and hungry to drive up the leagues.'

After an initial loan move from Fleetwood in December, 2018, Lewis joined Chorley on a permanent basis seven months later but had to bide his time for an opportunity to break into a well-established Magpies back four.

When his chance came, following the departure of Andy Teague and Courtney Meppen-Walter, he grabbed it with both hands and never looked back, quickly becoming a firm favourite with not only Chorley fans but his appreciative team-mates.

So much so that when Chorley missed out on promotion to the Vanarama National League, following a narrow play-off defeat to York City earlier this month, he won the coveted players’ player of the year award, with the club announcing it on their website by saying:

‘Be it at centre-back or left-back, the 23-year old former Fleetwood Town prospect has continued to show a huge amount of consistency across his 100-plus appearances for the Magpies.’

That level of consistency was recognised beyond the confines of Victory Park, too, with Lewis called up for his international debut two months ago and going on as substitute for England C in a friendly with Wales C at Caernarfon.

Commenting on a first cap for his star defender, Chorley boss Jamie Vermiglio, who has since left his role at Victory Park, said: ‘Lewis has been so consistent for us, particularly this season, which has been one of his strongest.

‘It was an experience he will never forget, and he did well, winning his headers and bringing the ball out the way he can. It was a very proud moment for him and one he deserved.’

‘He can play in a back three or two and can play left-back or left wing-back, so he has shown his versatility for us, as well as his strength and athleticism.

‘He is a good lad with a great attitude, and there is still the opportunity to kick on his career from this point, which is what he wants to do.’

Those attributes should go down well with everyone at The J.Davidson Stadium, as should his aptitude for FA Cup giantkilling!

In the style that has made Alty the scourge of League clubs up and down the country over the years, Chorley wrote themselves into FA Cup folklore in 2020-21, with Lewis very much to the fore, as they claimed the scalps of Wigan Athletic, Peterborough United and Derby County before narrowly losing to Wolves in the fourth round.

You’re going to feel at home with the Robins, Lewis! Welcome to the club and all the best for a successful and rewarding time at The J.Davidson Stadium.