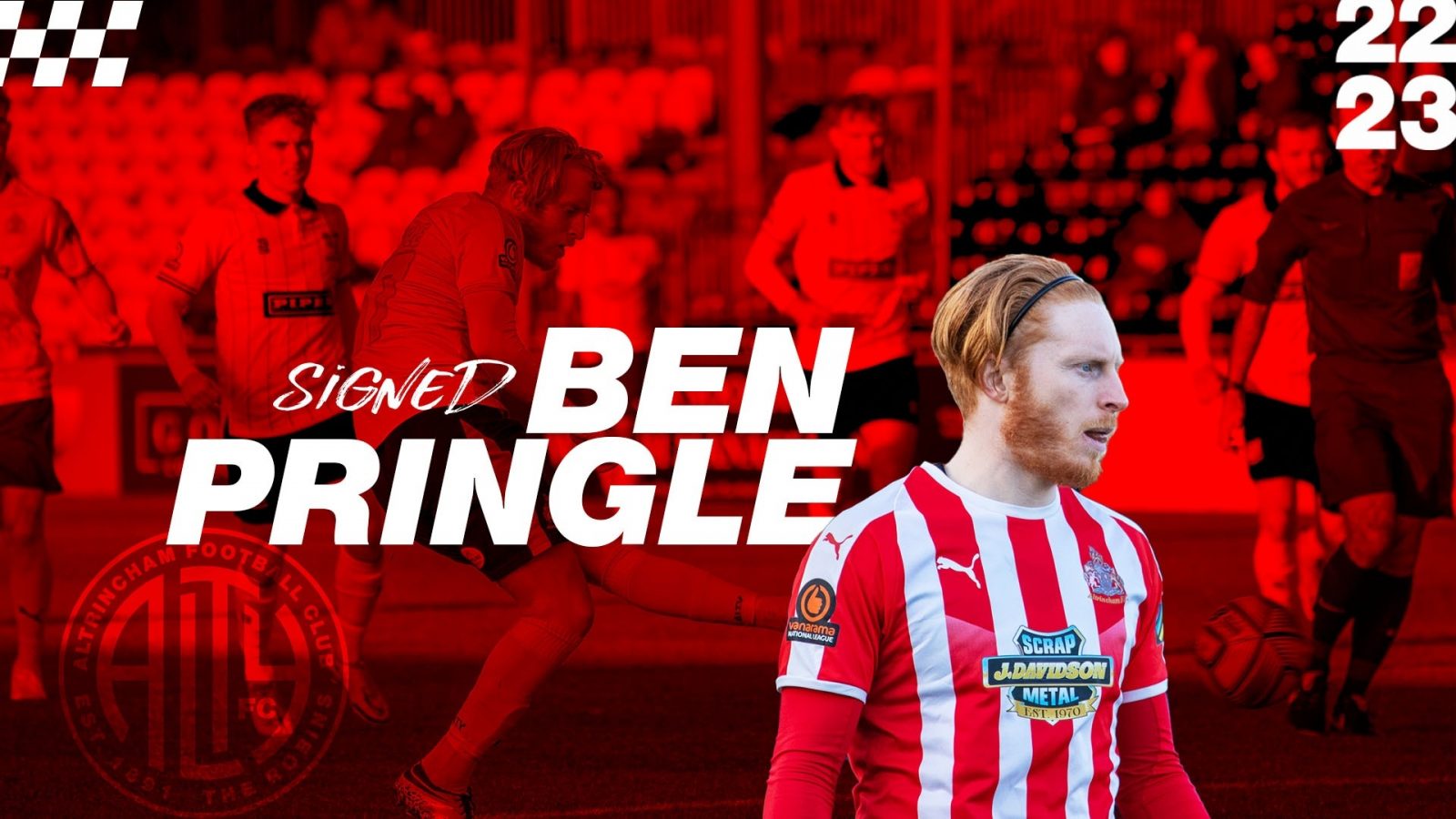 Phil Parkinson has made a significant breakthrough in equipping his Altrincham squad for the challenge of full-time football after securing Ben Pringle’s experience and know-how for another season.

The Alty boss has wasted no time moulding a new-look squad for the dawn of a new era at The J.Davidson Stadium and has made a point of injecting energy and dynamism into the centre of midfield after retaining Isaac Marriott and Elliot Osborne from last season and adding the imposing presence of Josh Lundstram from Crewe Alexandra.

All three have their best years ahead of them and have already made a favourable impression in Alty colours, including Lundstram, who made an outstanding contribution to the Robins’ dramatic promotion to the Vanarama National League via the play-offs during a loan spell two years ago.

It just needed a wise old head to complement youthful exuberance and make it the perfect blend, and Phil always felt the ideal candidate was close at hand.

‘Prings has become a big fans’ favourite during his time here last season,’ he said. ‘His left foot could open a tin of beans and certainly any defence at this level of football.

‘His experience around the group day to day will be invaluable to myself. He’s a player that still has the drive to play and wants to grow with the club off the pitch as well. Very glad he’s decided to stay.’

The 33-year old has a wealth of Football League experience with clubs like Derby County, Fulham, Ipswich Town and Preston North End, and it frequently shone through for Alty during a total of 38 appearances last season.

He was on the scoresheet twice, and it will surprise no-one that 24 of his appearances were as substitute after the number of times he came off the bench and  transformed games with his powerful, direct running style.

The agreement with Ben represents the completion of negotiations with players from last season’s squad. It means A-J Leitch-Smith, Ritchie Sutton and Kennedy Digie are leaving, and the club can announce that full-back Jamie Morgan is also departing after joining Alty from Chester at the start of the year.

‘We’d like to thank Jamie for his commitment to the club during his short spell with us,’ said Phil. ‘With the transition on to full time, both parties mutually agreed to terminate the current contract. We wish him every success moving forward at his next club.’

The club would like to thank all the players moving on for their efforts in Alty colours and wish them all the best for the future.